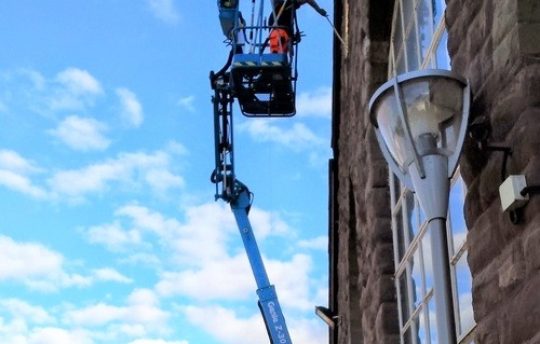 Dedicated to providing innovative cleaning and restoration solutions in the West Midlands.

With 30 years’ experience, APT provides tailor made solutions for your cleaning, maintenance and restoration projects across all industries in the West Midlands.

APT have been serving the Northwest of England with its specialist Commercial and Industrial Cleaning and Restoration Services for over 30 years. It goes without saying that we are the industry leaders in our field.

We have cleaned and restored business in Rugby, Warwickshire.

One of our expertise is warehouse and factory cleaning, including plant and machinery. Due to our many years in serving the industry in the West Midlands, we can offer unparalleled advice, that other companies cannot. This means that tasks that can sometimes seem complicated are dealt with ease. We have hoards of case studies where we have saved companies across the UK thousands of pounds and put in processes that are more efficient and effective.

We have a whole range of cleaning and restoration services to cover the West Midlands, let us help you…

Cleaning and Restoration Services in the West Midlands

Are you based in the West Midlands

APT covers the whole of the West Midlands including the following cities, towns and surrounding areas:

Some text about us

This website uses cookies to improve your experience while you navigate through the website. Out of these cookies, the cookies that are categorized as necessary are stored on your browser as they are essential for the working of basic functionalities of the website. We also use third-party cookies that help us analyze and understand how you use this website. These cookies will be stored in your browser only with your consent. You also have the option to opt-out of these cookies. But opting out of some of these cookies may have an effect on your browsing experience.
Necessary Always Enabled
Necessary cookies are absolutely essential for the website to function properly. This category only includes cookies that ensures basic functionalities and security features of the website. These cookies do not store any personal information.
Non-necessary
Any cookies that may not be particularly necessary for the website to function and is used specifically to collect user personal data via analytics, ads, other embedded contents are termed as non-necessary cookies. It is mandatory to procure user consent prior to running these cookies on your website.
SAVE & ACCEPT
Share via
Facebook
Twitter
LinkedIn
Mix
Email
Print
Copy Link
Powered by Social Snap
Copy link
CopyCopied
Powered by Social Snap